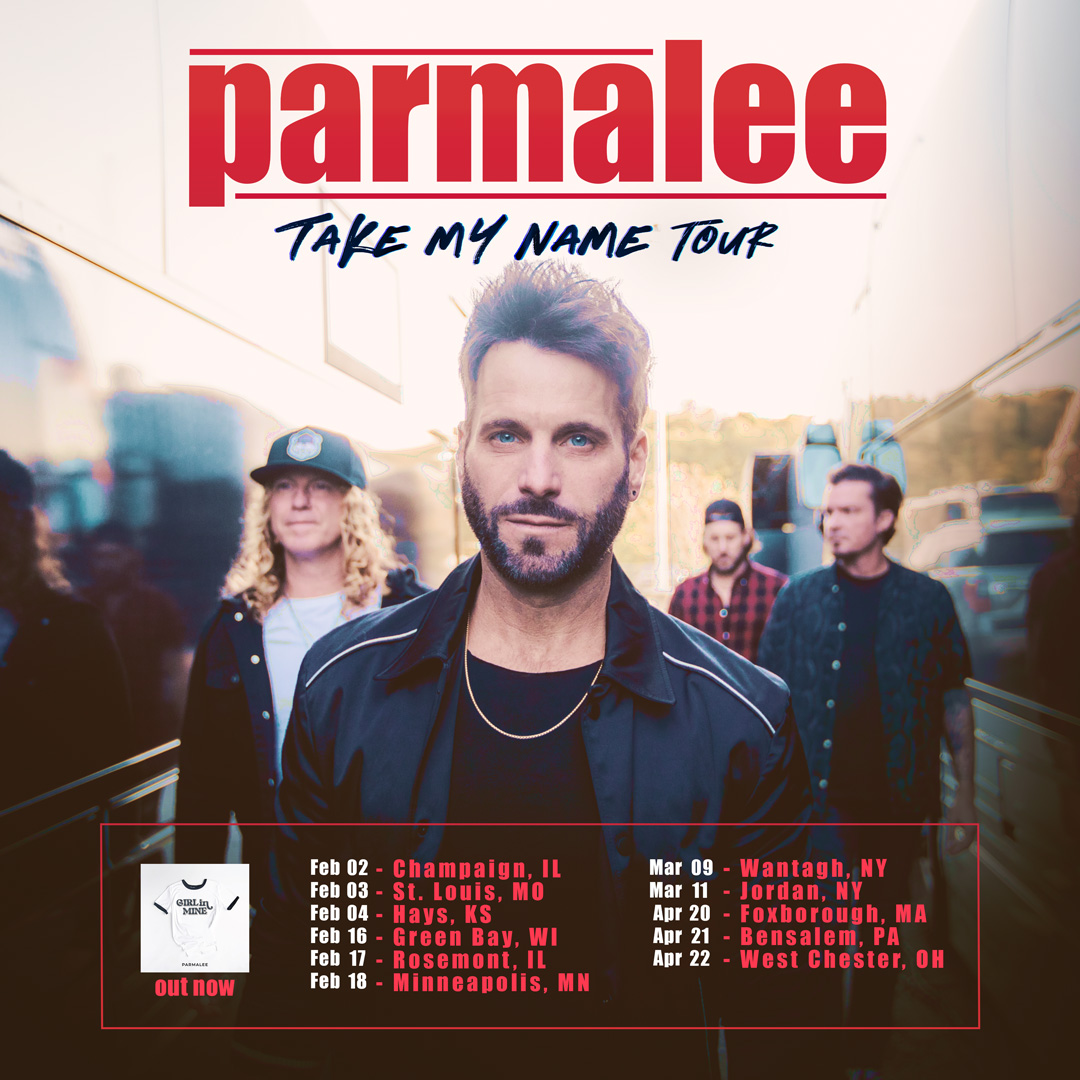 One of Country music’s most tenacious bands Parmalee has announced dates for their 2023 headlining Take My Name Tour.  After a year of incredible achievements including a #1 hit with their track “Take My Name” – which also received an RIAA Platinum certification and took the #1 spot on Billboard’s Year-End Country Airplay Chart – and scoring their first American Music Award nomination, the band is excited to gear up for another year of performing for those who truly make it all happen – their fans.

“We’ve really been looking forward to this headlining tour! Everything we’ve built over the past couple years has been for this tour and for our fans. ‘Take My Name’ has such a huge connection with folks and with all the love everyone has shown the song, we decided to name this tour run after it.”
– Matt Thomas of Parmalee

Tickets for the Take My Name Tour are available for general on-sale on Friday, December 16th at 10:00am Local Time HERE.

Parmalee’s current single “Girl In Mine” is impacting Country radio now. The heartwarming track recently hit the Top 40 on both the Mediabase and Billboard charts. Listen to “Girl In Mine” HERE.

To date, Parmalee has taken three singles to #1 including 2019’s “Just The Way” which has amassed over 500 million streams and scored an iHeart Award nomination for Country Song of the Year. The song was also the most played song of the year on iHeart Country 2021.